A handful of postcards from Jackson Hole give us a glimpse into life on Mormon Row a century ago.

Joseph S. Eggleston grew up in Afton, Wyoming. In about 1910 he went to Jackson Hole where he homesteaded in a place known as Mormon Row. He sent these postcards from Jackson Hole during that time. There are no addresses, stamps or postmarks indicating when and to whom or where they were sent. They may have been inserted into packages sent back home to his family in Afton. Or possibly, since Joe carried the mail on a postal route in Wyoming at that time, he did not need to address them. He could have carried them himself to Afton or included them with other mail.

Cousin Don shared these postcards with me. They had been with boxes of photographs he inherited from his mother, Evelyn Barbara Stock Lee. She got these from her mother Mattie Mae Eggleston Stock, who was Joseph Egglestons’s sister.

These cards were produced showing scenes from the area. Joe may have purchased a number of these. We had another one of this family skiing, but there was nothing written on it. The view from Joe’s homestead would have been very similar. He apparently knew this Sheffield family. 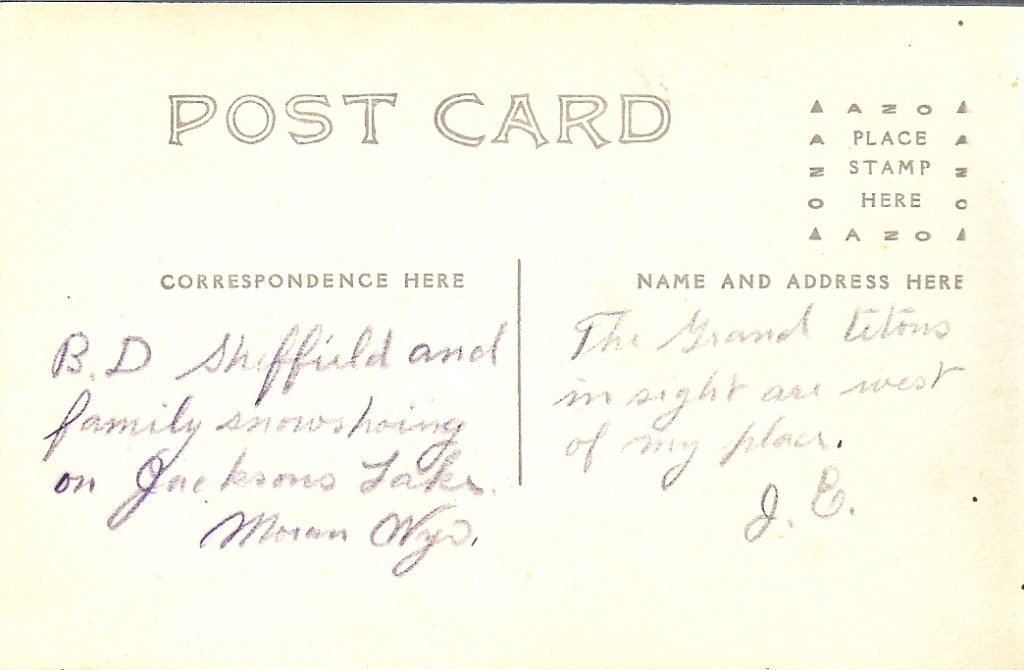 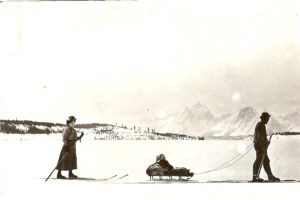 Weather in Jackson Hole ranged from harsh and cold but beautiful winters to hot and dry summers. From this postcard we gain some idea of what Joe’s daily life was like on isolated Mormon Row. 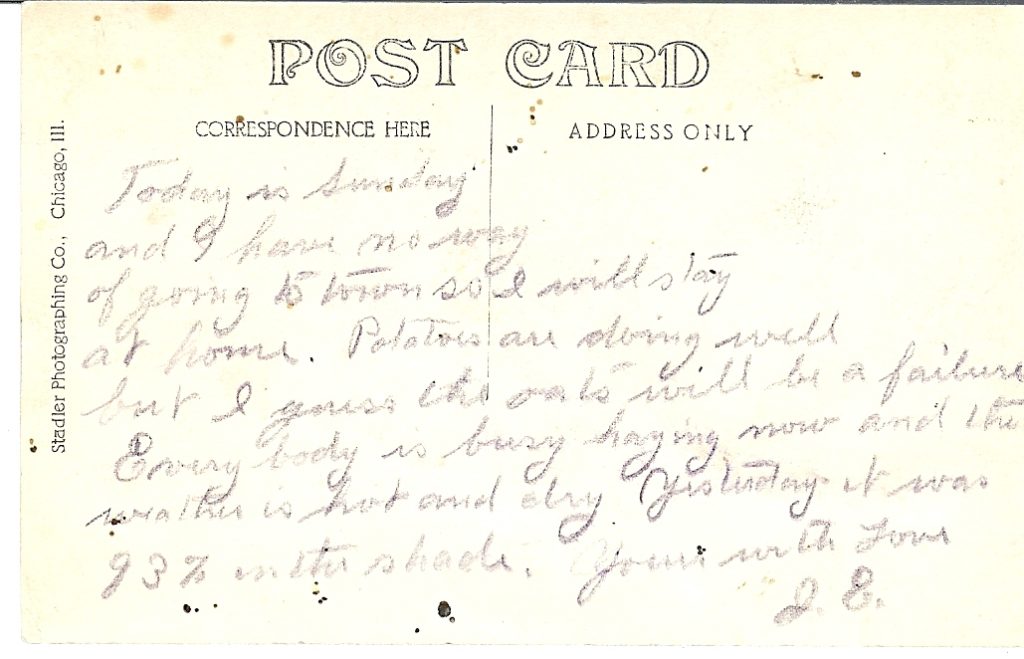 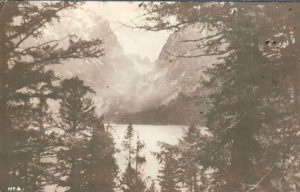 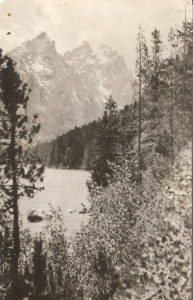 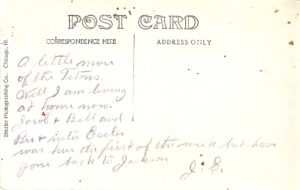 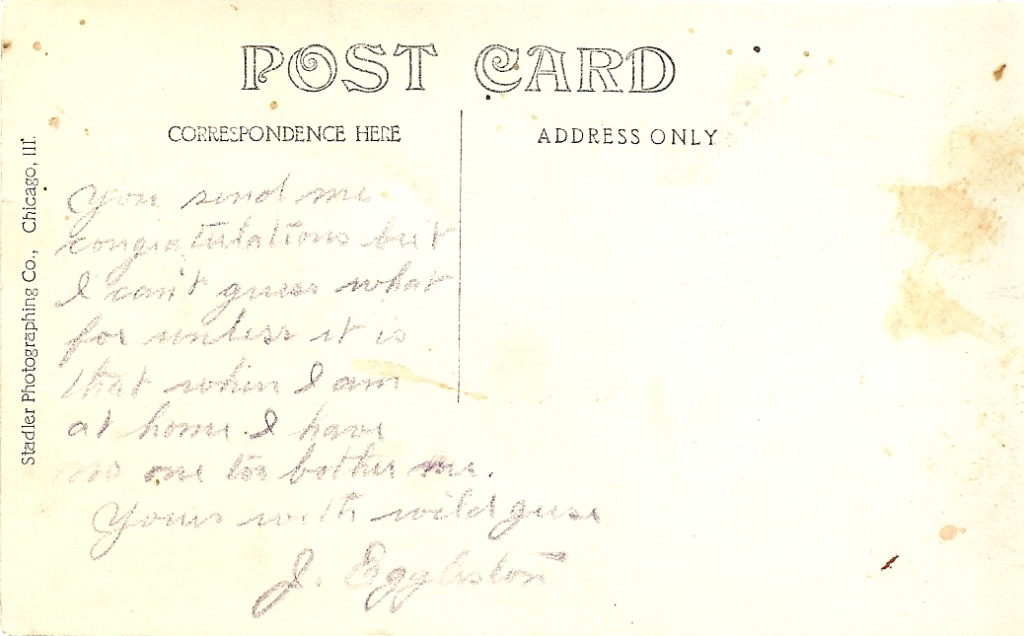 Yours with wild geese 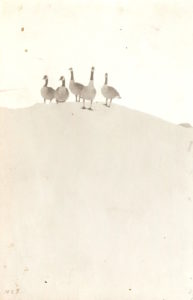