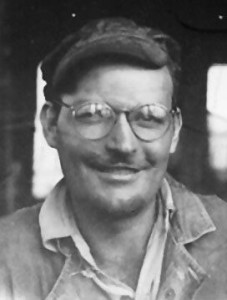 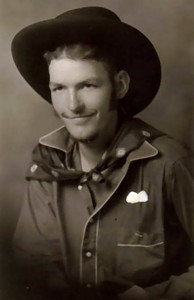 Wesley was born on Mormon Row and came with the Family to Eden in 1919. Being the first son, he worked from childhood on the farm. He went to  school at Eden Elementary, Huntsville Junior High and Weber High School. He did not get any more education except as a mechanic on the Southern Pacific Railroad. During the depression, jobs were not very available. His first real job affected his life forever. He got a job with the WPA or the PWA. The area of Snow Basin was being developed. A shorter route to the Basin would be up Wheeler Canyon. Wheeler Canyon is the Canyon just south of the Pine View Dam (the Dam not the lake). As you start up the canyon there is an outcropping of rock that almost blocks the canyon. They decided that outcropping should be removed. No one of the group really knew any thing about dynamite and fuses. They proceeded drilling holes straight into the rock and putting charges in the holes and tamping gravel in to hold the charges. The timing of fuses is determined by putting a thread in with the powder to control the speed of the fuse. If the thread gets broken then you have a hot fuse. After they got the holes drilled and the charges in the told Wesley and Wesley Wilson to go down and warn the workers below that the charge would go off in five minutes. The Wesleys left and they set the fuses off. When the Wesleys were about 100 feet down the trail the charge went off. The gravel in the holes came out like a gunshot. Wesley Wilson dropped to the ground, a few rocks hit him in the back and neck killing him. My brother reached down to check him only to find that his hand had been shredded. The skin peeled off his hand and the fingers broken. I remember seeing that hand. They put a wire out around it to hold the fingers straight. He did get limited use of that hand. He was able to get a job at the Union Pacific Rail Road Round House on 29th street. 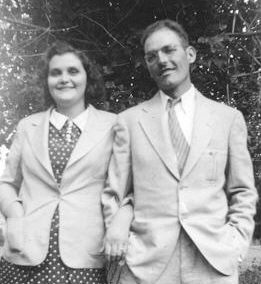 Wesley married Margaret Wood and they were going to live where Grandma Johnson lived in Eden. Dad wanted him to run the old Johnson farm but he never did. After they moved into the Johnson house, Margaret wanted a new kitchen stove. They had to move the old one out and put in the new one. When they started to move the old one it was so heavy that they had to get help. After they had it out side for some reason I opened the oven and found it was full of bricks. Margaret had put bricks in the oven to get them warm so they could put them in the wagon in the winter to keep their feet warm. 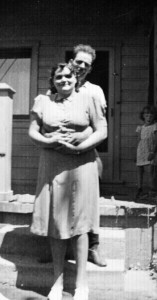 Wes and Margaret did have some problems but they had some great kids and I have a great deal of love and respect for them. Working in the round house at that time exposed them to a lot of carbon monoxide which effected Wes’s heart which was eventually the cause of his death. 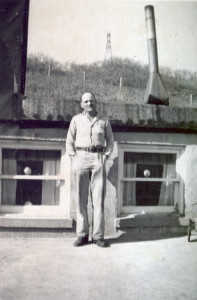 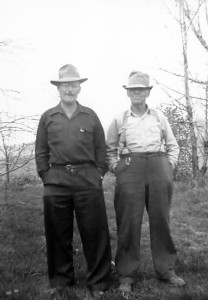 Wesley with his father

Grandpa saved this letter written by Margaret  in 1946, when they were living in Cheyene, Wyoming. 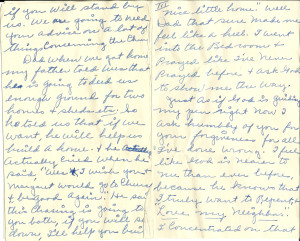 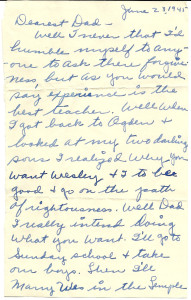 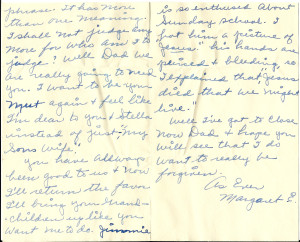 Joe and Stella saved this letter sent from Cheyenne in 1946. 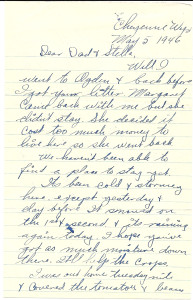 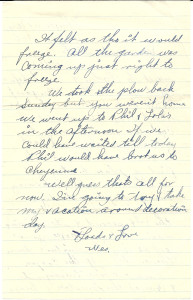