Selar Orland Eggleston was born May 5, 1919 in Grovont, Teton County, Wyoming, the fourth child of Joseph Smith Eggleston and Talitha Cuma Cheney. These are some memories of Orland by his brother. 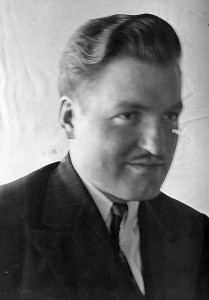 Orland was born on Mormon Row, but the family moved to Eden that same year. Orland went to school at Eden Elementary, Huntsville Junior High and Weber High School like his siblings and he was the first to go on to College. Weber was a two year College at that time so he got an associate degree. Orland was a good worker and was closer to Dad than the rest of us. 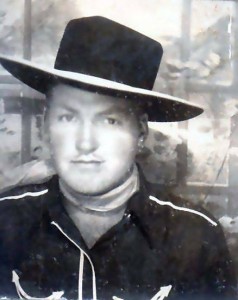 As a boy he had an experience that affected the rest of his life. Our kitchen stove had a stove pipe the came up from the stove and then made a bend to go into the chimney. That flat part collected soot and had to be cleaned out. Orland and Melvin were cleaning it out and they were very dirty. Orland got a handful of soot and blew it into Mel’s face and ran outside and hid behind the granary. Mel came out after him and picked up a flipper(sling shot) and picked up a rock. Orland peeked around the side of the granary to see where he was when Mel shot the rock which caught Orland in the eye, cutting a hole in the eye. At that time they could do nothing about that. That is why he never was in the army. While WW2 was on, he served a Mission in the eastern states and did a good job. 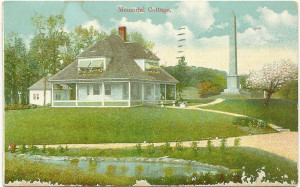 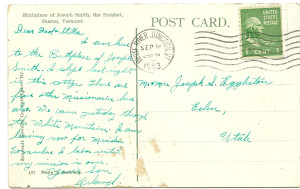 When he got back he went to Weber College and graduated in engineering(I think). I talked with a fellow student who thought a lot of Orland. He went to California and stayed with Alice and worked in one of the Airplane Factories(Douglas I think). When the war ended Veterans wanted their jobs back and because of his eye he was let go. Orland and some of his friends opened up a sheet metal shop. They were doing very well making all kinds to things even bending tubes for airplanes. I worked with them before I went on my Mission. Then the great steel strike made it impossible to get material so the company went broke. Then he became a barber and got his own shop and was doing very well. He decided to invest in Real Estate and bought a complex in Watts. The Riot in Watts changed that. They move into a town by Whittier. 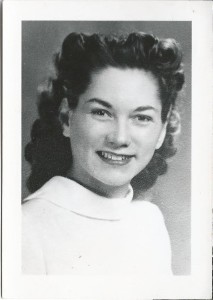 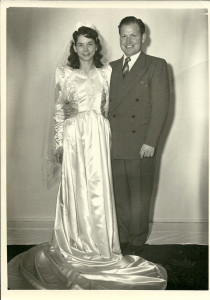 Arva and Orland on their Wedding Day

Somehow Arva heard about Orland while he was on his Mission. She moved to California to find him and they got together and married.

They were both very active in the church and it became important in their lives. (After I repented he financed, with the help of Elders Quorums, my mission to which I am very grateful.) To help finances and get in shape he got a paper route, part of the route was a circle of houses. One Sunday morning after he had run the route he did not feel too well but he felt he had to go to Church. While getting ready he had a heart attack and passed away. A great loss to all of us involved. Arva later remarried but she had a bad liver, which eventually took her life. They left a wonderful family. 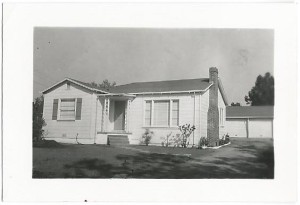