John Mitchell Eggleston was the ninth child of Asa Jr. and Content Hadsell Eggleston. He was b. 7 Aug, 1806 in Hebron, Washington, NY. He died 20 Aug, 1880 in Antwerp, Jefferson, NY. 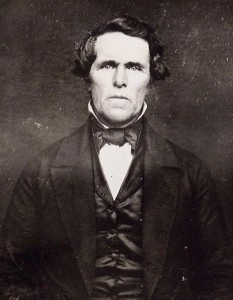 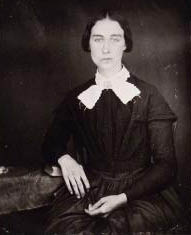 Laura Ann Eggleston, b. 6 Aug 1831 in Antwerp, Jefferson, NY. On 14 Jan 1855, in Antwerp, she married George Wheeler , b. 1827 in Gouverneur, St. Lawrence, NY. The Wheelers operated a Hotel in Gouverneur, then bought and managed a hotel in Oxbow, NY, known as the Wheeler House. They later moved to Massena Springs, NY to operate a boarding house. He died there. 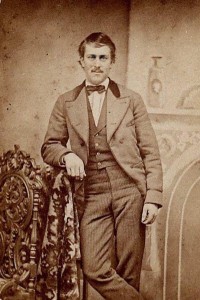 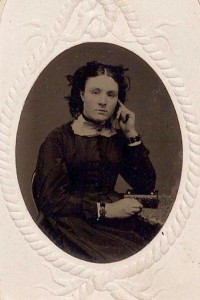 In the 1880 US Census, the household consists of John M. and wife Loena [sic], with their son Richmond and his wife Mary and their two children John and Richmond, ages 2 and 1, respectively. Also in the home were John’s grandchildren, Carrie Eggleston, age 16 and Charles Eggleston, age 21; their father Joel had died three years before 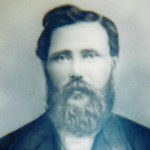 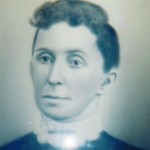 Sophia Wicks Marsh was born in a house near Pulpit Rock on the Oxbow-Theresa Road in Antwerp Township, Jefferson, NY. Her parents were Hosea and Elvira Wicks Marsh. When she was a small girl, her mother died and she was sent to live with George and Laura Ann Eggleston Wheeler in Watertown, Jefferson, NY. When she was 13 or 14, the Wheelers moved to Oxbow, Jefferson, NY, where they ran what became known as the Wheeler Hotel. At almost age 18, she married Joel, who was the brother of Laura Wheeler. They lived on a farm on the Oxbow-Theresa Road for fourteen years, where 6 of their 7 children were born. Property maps from the late 1800’s show two Wicks families living near the Eggleston property. Later, they moved to a farm at Bolton’s Corners two miles from Natural Dam, St. Lawrence, NY. This is where Frederick was born and Joel died four months later.

Sophia (pronounced so-fy-a, called Sofie) outlived her husband by many years, drawing on his war pension. There is some family lore, repeated by my father to my sister Susie, that Sophia had a live-in “gentleman friend” for several years. Supposedly, she did not marry since she would lose her war pension. While it is possible to document her residences after her husband’s death, there is no evidence of this gentleman. Sophia sold the farm and moved first to Oxbow, and a few years later, to Antwerp, where she lived with sons Frank and Frederick. In 1907, she bought a small house and moved to Somerville, St. Lawrence, NY, next door to her daughter Carrie, and lived with her sons Charles and Frederick. Charles was listed in the 1910 US Census as a farm laborer, and Frederick as a carpenter. Frederick married in 1911 and Charles died in 1913; before long, Sophia moved in with Carrie (she was there by the time of the 1920 US Census), where she stayed, becoming blind, until her death. Sophia was reportedly buried in the Dickson Cemetery on the Somerville Road, St. Lawrence, NY, but this information was incorrect, or she was later moved, since her grave is now in the Old Kinne Cemetery in Antwerp.
Dad’s sister Muriel told me that Sophie always was well-dressed and very proper, “a real lady.” She wore high collared blouses with pins. She apparently had some financial resources, and loaned money to her son in an effort to keep his general store afloat. Dad had very fond memories of Sophia, who was very kind to him; he visited her often and stayed overnight and ran errands for her on several occasions. 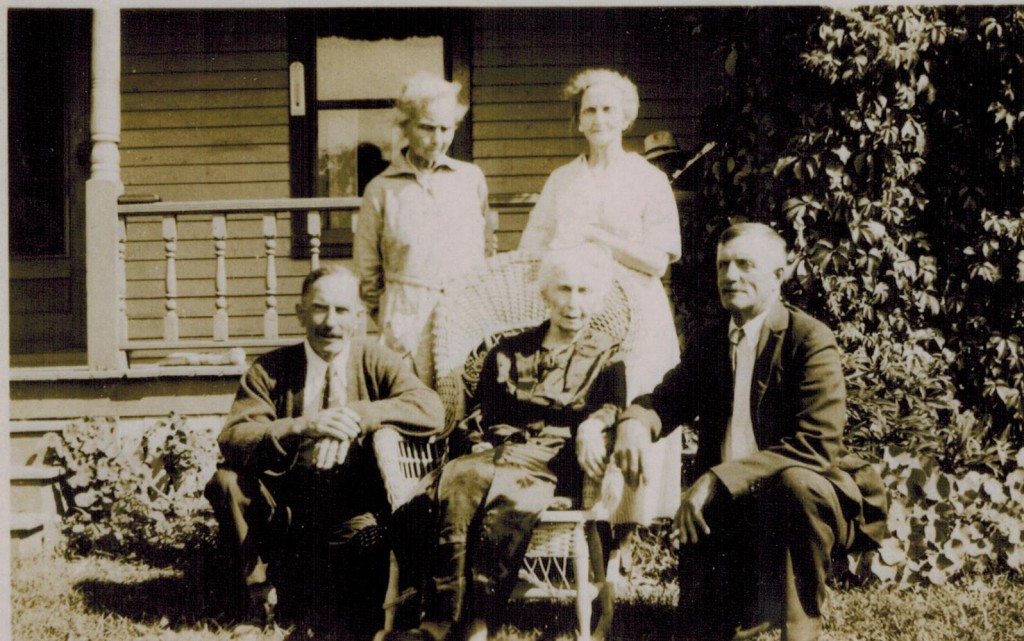 1860 US Census for Antwerp, Jefferson, NY lists Joel Eggleston and no other members of household. Accessed online.

US Indexed County Land Ownership Maps, 1860-1918, Map of Town of Antwerp shows Joel M. Eggleston landholding just SE of Oxbow; to the SW of this holding are names of landholders C. Wicks and B. Wicks. Maps accessed online at ancestry.com.

30 August 1864: Joel Eggleston enlists for military service. On 7 September 1864 he is assigned to Company D, New York 186th Infantry Regiment; he mustered out on 2 June 1865 at Alexandria Virginia. Data from US Civil War Soldiers Records and Profiles, 1861-1865, accessed online.

1880 US Census for Antwerp, Jefferson, NY records household of John M. Eggleston, b. 1807, whose father and mother were born in R.I. [sic]. In the household are wife Loena [sic], b. 1825, son Richmond Eggleston, a farmer age 26, his wife Mary, age 24 and their children John, age 2 and Richmond, age 1, as well as John Mitchell’s grandchildren [by Joel] Carrie Eggleston, age 16 and Charles Eggleston, age 21. Accessed online.

1910 US Census for Rossie, Supervisor District #10, Enumeration District #176, Sheet 9B [Somerville], St. Lawrence, NY, shows Sophia, 70, living with sons Charles Eggleston, 51, a farm laborer, and Fred, 32, a carpenter. Next door was Charles A. Barker, 47, a farmer, his wife Carrie M. [Eggleston] Barker, 44 and son Donald Barker, 8. Next house was Claude W. Barker, 21, a farmer, and wife Mabel Barker.
Also living in Rossie in 1910 are “Kenne” A. Rogers and his wife Mary E. Rogers.
1920 US Census for Rossie, Supervisor’s District #12, Enumeration District 182, Sheet #7B [Somerville], St. Lawrence, NY lists head of household Charles A. Barker, 57, his wife Carrie M. Barker, 54, Mary E Barker, 83, a widow and Charles’ mother, and Sophia, 82, a widow and Charles’ mother-in-law. Next door to the Charles Barker family is “Claud” Barker, 30, Mable Barker, 28, daughter Helen Barker and son Harold Barker, 4; also living there is Carman Mason, 25, a laborer. Also in Rossie is the household of “K. A.” Rogers, b. 1863 and wife Mary Rogers, b. 1862; living with them are Fred and Mildred “Eggelston” and their children Douglas, Doris, Muriel, Thelma and Robert.

July 1934; Governeur NY Tribune Press of July 25, 1934, p. 4 under “Somerville,” reports that Mrs. Sophia Marsh Eggleston observed her 95th birthday Sunday at the home of her daughter, Mrs. Charles Barker, when relatives gathered for dinner in her honor. She posed for a picture with all her [living] children.” (Note: I have a copy of this photo)

3 May 1936, Sophia Marsh Eggleston dies. Obituary in Gouverneur, NY, Tribune Press, 6 May 1936, p.1 states that Sophia had lived with her daughter in Somerville for 29 years. She was born 23 July 1839 in a house near Pulpit Rock on the Oxbow-Theresa Road, Town of Antwerp, the daughter of Hosea and Elvira Wicks Marsh. When she was a small girl, her mother died and she went to live with Mr. and Mrs. George Wheeler in Watertown, NY. When she was 13 or 14 the Wheelers moved to Oxbow, where they ran a hotel that became known as the Wheeler Hotel. There, Sophia met Mrs. Wheeler’s brother, Joel Eggleston. Joel and Sophia were married in 1856 and lived on a farm on the Oxbow-Antwerp Road for 14 years, before moving to a farm at Bolton’s Corners, two miles from Natural Dam. Six of her seven children were born at the first farm. After her husband’s death [in 1876], she sold the Bolton’s Corners farm and moved to Oxbow. A few years later, she moved to Antwerp to live with her sons Frank and Fred, until she came to live in Somerville in 1907. She bought a small house in Somerville and lived there with another son {Charles] until his death some years later [1913]. She is survived by two daughters, Mrs. Charles [Carrie Eggleston] Barker and Mrs. Dora [Eggleston] Ames of Edwards, and two sons, Frank of Antwerp and Fred of Mexico. She was buried in Dickson Cemetery on Somerville Road. [Note: Either the burial information is wrong, or she was moved; she is buried in Old Kinne Cemetery, Antwerp, Jefferson, NY].