Vedia Eggleston Jones’ Postcard Book contains several cards with Christmas Greetings, some sent exactly 100 years ago. It appears that Vedia was in Malad, Idaho for the holidays, probably attending school there. 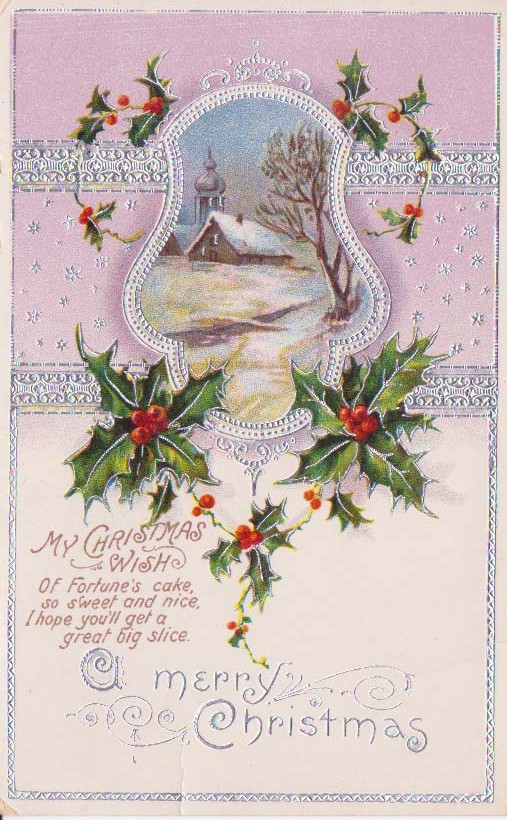 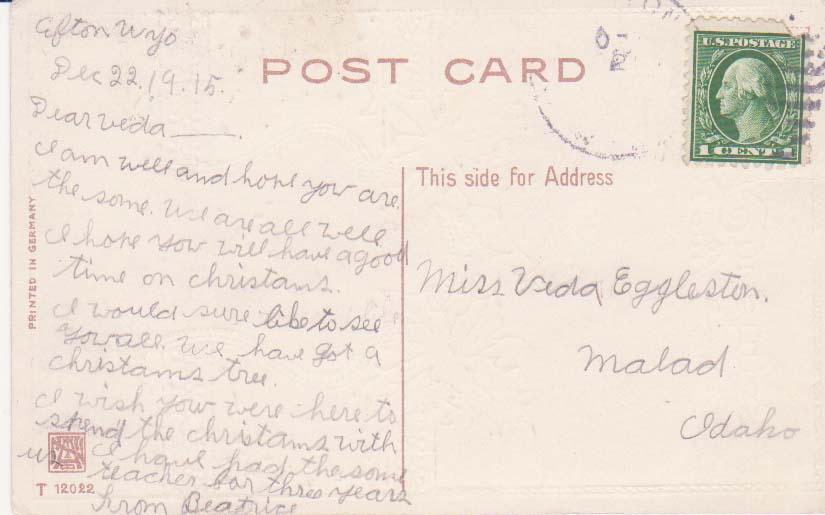 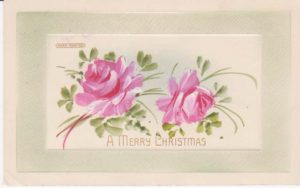 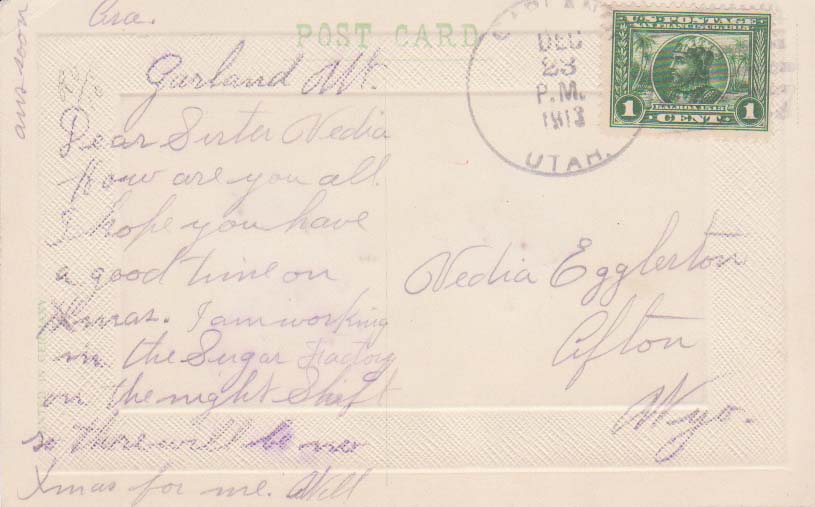 Christmas Greetings from brother Asa who was in Garland, UT to Vedia in Afton in 1913. I’m sure the Sugar Factory was nothing like Willie Wonka or the Sugar Plum Fairy. 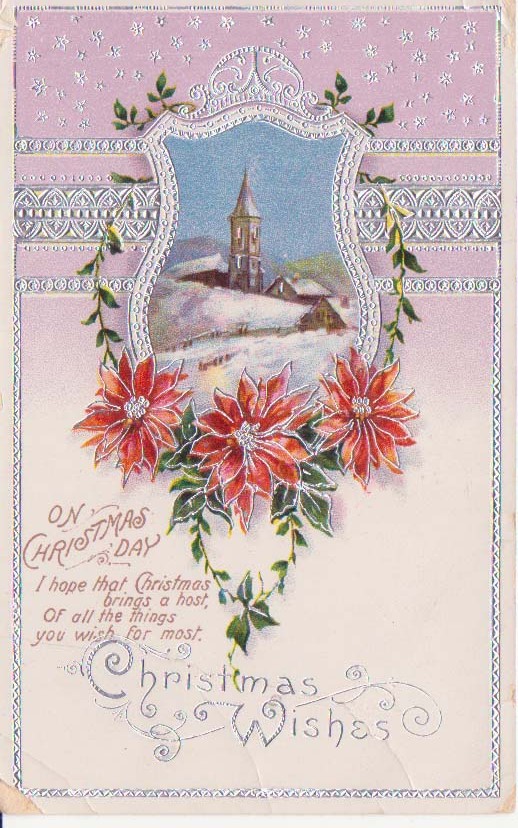 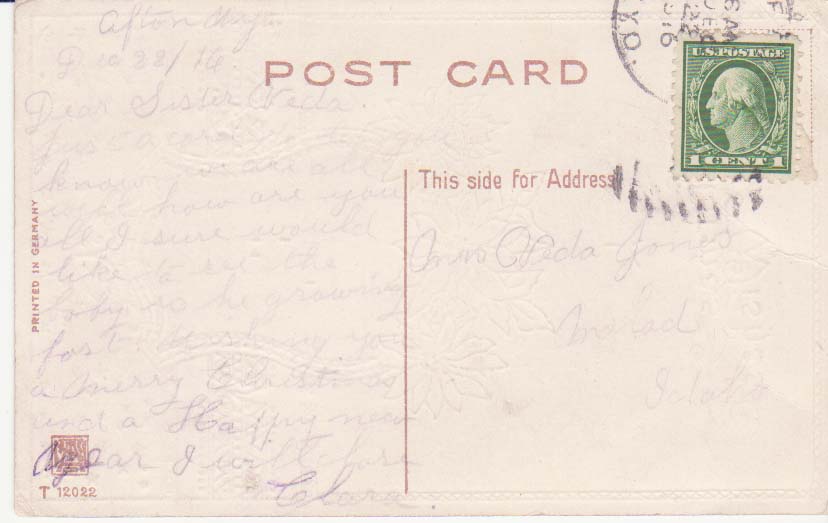 Card from sister Clara to Vedia Jones in 1916 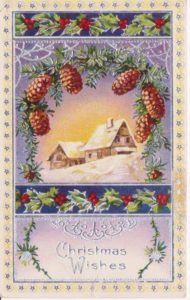 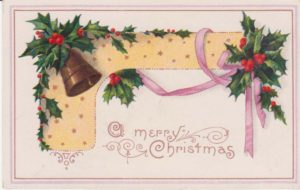 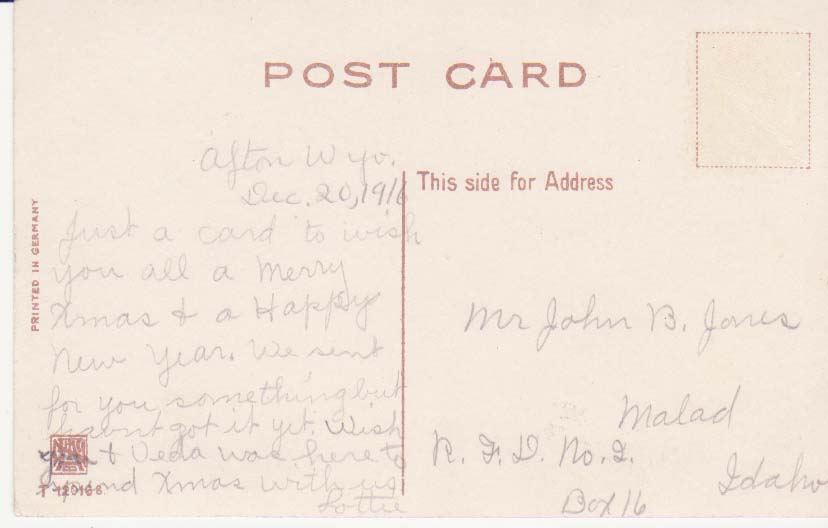 Card from Lottie to Mr. John Jones, Vedia’s husband in 1916. Vedia was now married and her sister was very formal in addressing this to her husband. 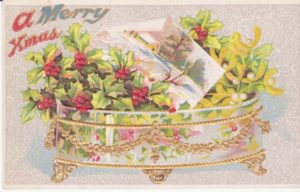 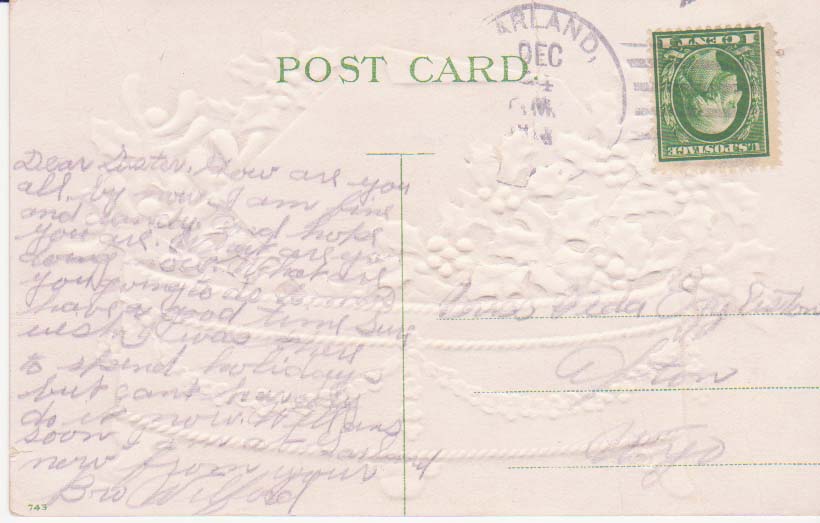 A Christmas message to Veda from her brother Wilford. 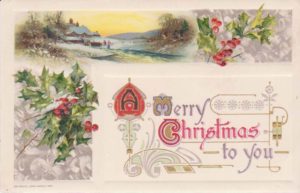 Merry Christmas from a Century ago!