One Saturday afternoon in January 2011, after having lunch in downtown Ogden with my daughters, I and my youngest decided to go across the street to our favorite Antique Store (which was new then but sadly is not there anymore) before heading home. We were wandering around different areas when I heard her calling to me from upstairs, saying something about Egglestons. I hurried to her to see what she was talking about. She had picked up an old Postcard Book filled with postcards with the names of Egglestons and asked if these were our family. I did recognize many of the names and started getting really excited. This store sold things on consignment and this album was priced rather high, intended to be sold intact. There were other old postcards being sold individually and I guess they thought that this was worth the cost of all of the individual cards. Anyway, it was more than I was ready to pay for it. I did talk to the store owner and left my name and a message for the owner of this album. 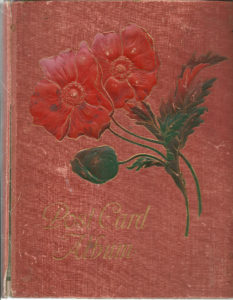 After getting home, I contacted cousin Donna. I had met Donna earlier and realized from the names that this was her more immediate family. Over the next few weeks we made contact with the owner and even visited him together at his home. He couldn’t give many details about how he acquired this postcard book and he did not have any direct family connection. He did make Donna a deal and she purchased the entire postcard book.

Through the wonders of technology, we can share these postcards with other family members.  Vedia (sometimes spelled Veda) was a daughter of Orson Hyde Eggleston and his second wife, Mariett Farley. She was born July 17, 1897 in Afton, Wyoming. She married John Benjamin Jones June 28, 1916 in Malad, Idaho. Many of the postcards are from her siblings. A few are to or from her husband.

These postcards give an interesting picture of life and communication in the early 20th Century. Think of these as email or text messages, Tweets, or Facebook updates accompanied by photos or memes. 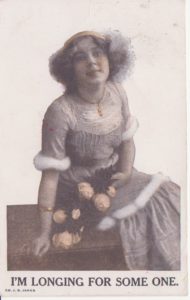 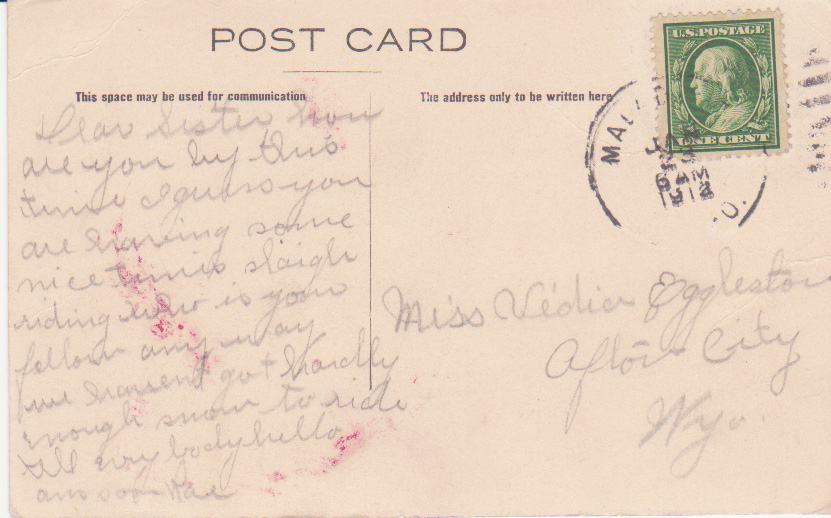 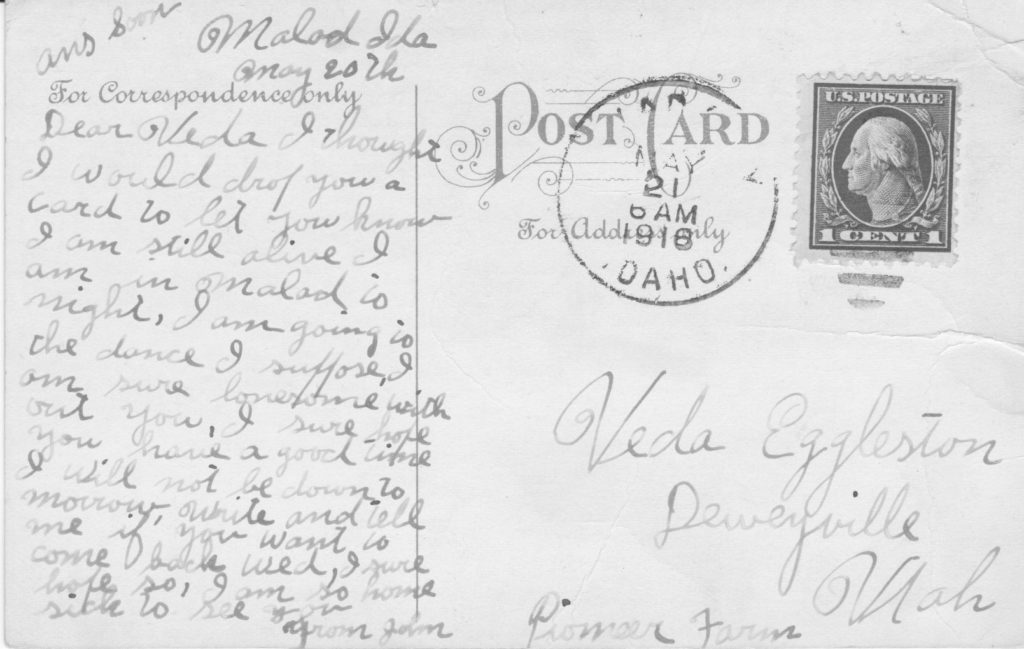 This card sent from Malad, Idaho to Deweyville, Utah in May 1916 from John, whom Vedia married the next month. She was apparently visiting someone in Deweyville and he missed her. 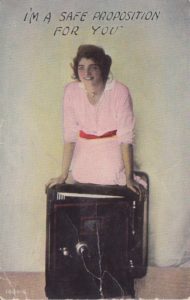 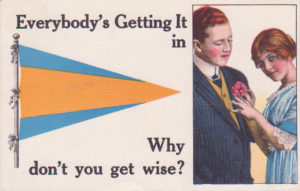 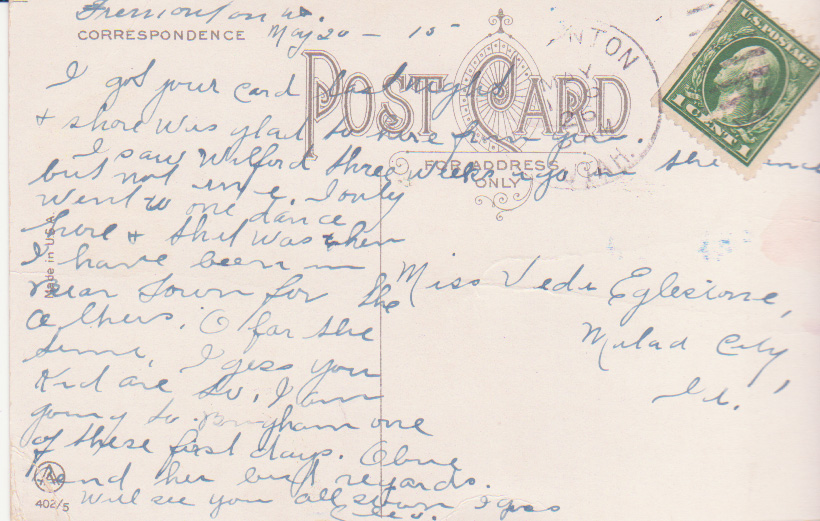 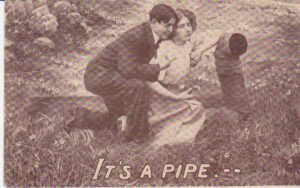 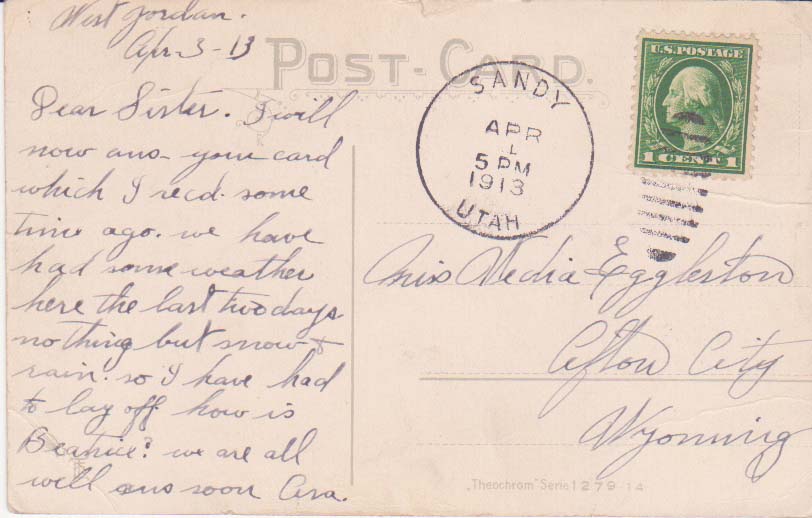 This card was sent to Vedia from her brother Asa. It is postmarked Sandy, Utah, but indicates he was writing from West Jordan. It was sent in April 1913. 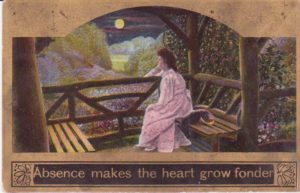 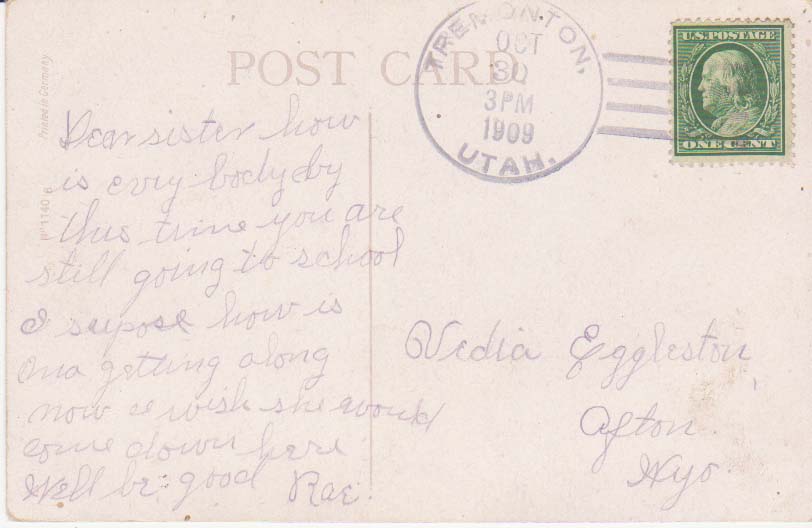 Another card from sister Rae, this one sent from Tremonton, Utah in October 1909 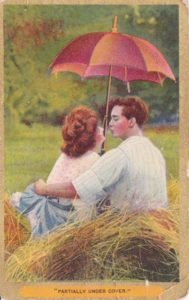 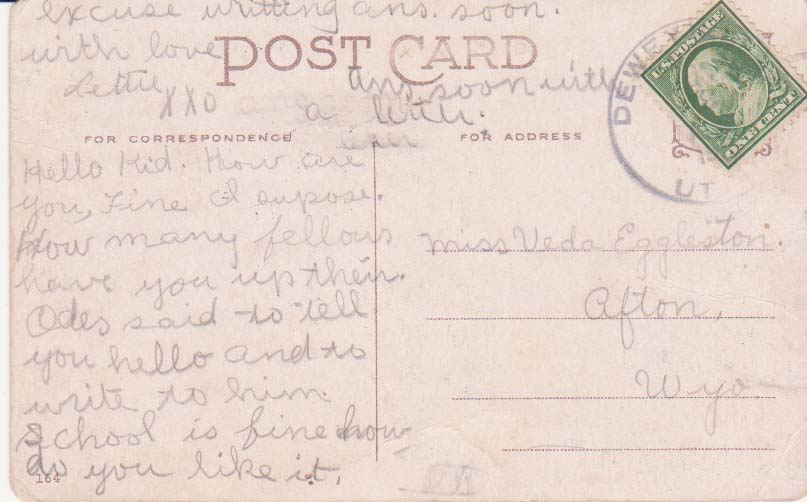 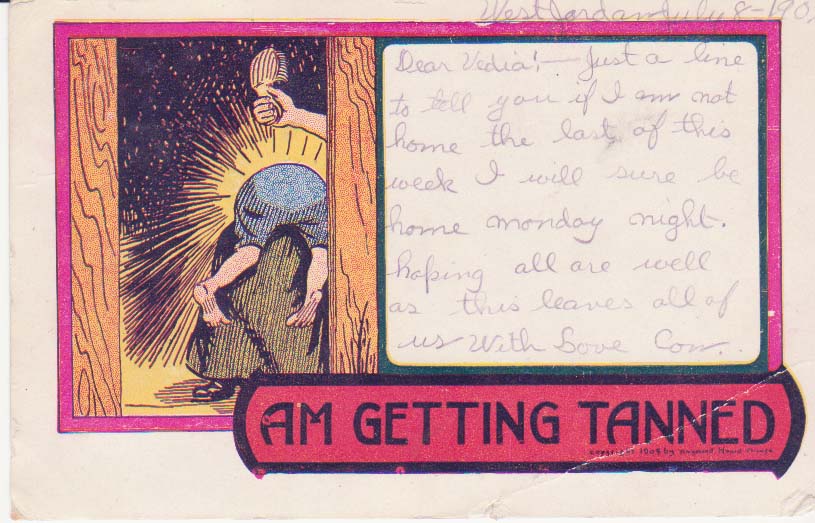 This card was written in 1907 from West Jordan, Utah. It is unique in having the message on the front.

These are just a few of the postcards – More to come

One thought on “Vedia’s Postcard Book”