My father has collected a lot of stuff during his life. He has also inherited a good deal of family history records and memorabilia. I have gone through boxes of stuff at his home a number of times. On one occasion, we found this little Autograph Album which had belonged to my grandfather, Joseph Smith Eggleston. His sister Mattie May apparently gave it to him in January 1901, though his mother’s entry was dated December 26, 1900. His parents and sister were the only ones who wrote in it, but their sentiments are precious. It is also a treasure to have something in their handwriting.  It was probably May who added the decorative stickers. 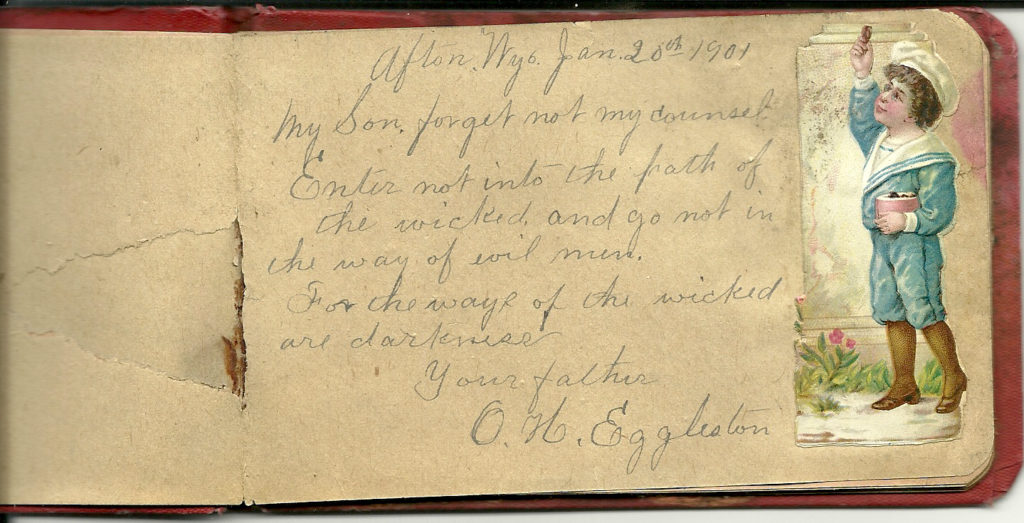 Afton, Wyo. Jan 20th 1901 “My Son, forget not my counsel Enter not into the path of the wicked and go not in the way of evil men. For the ways of the wicked are darkness Your father O. H. Eggleston

Joseph’s Sister Mattie May with Friendship and Love

Simple thoughts from his Mother 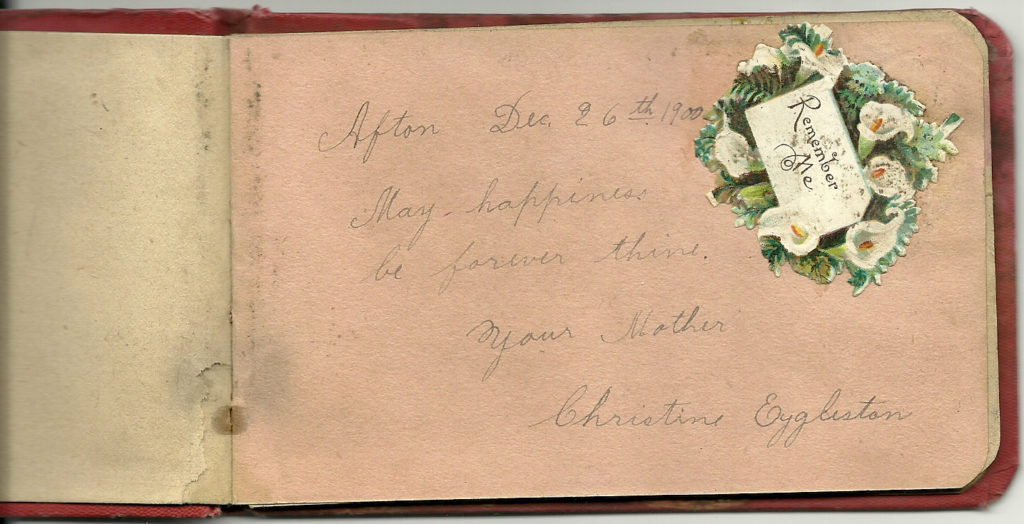