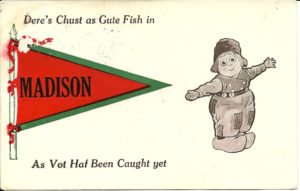 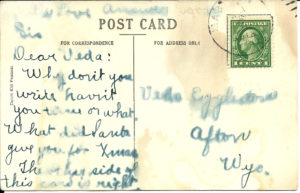 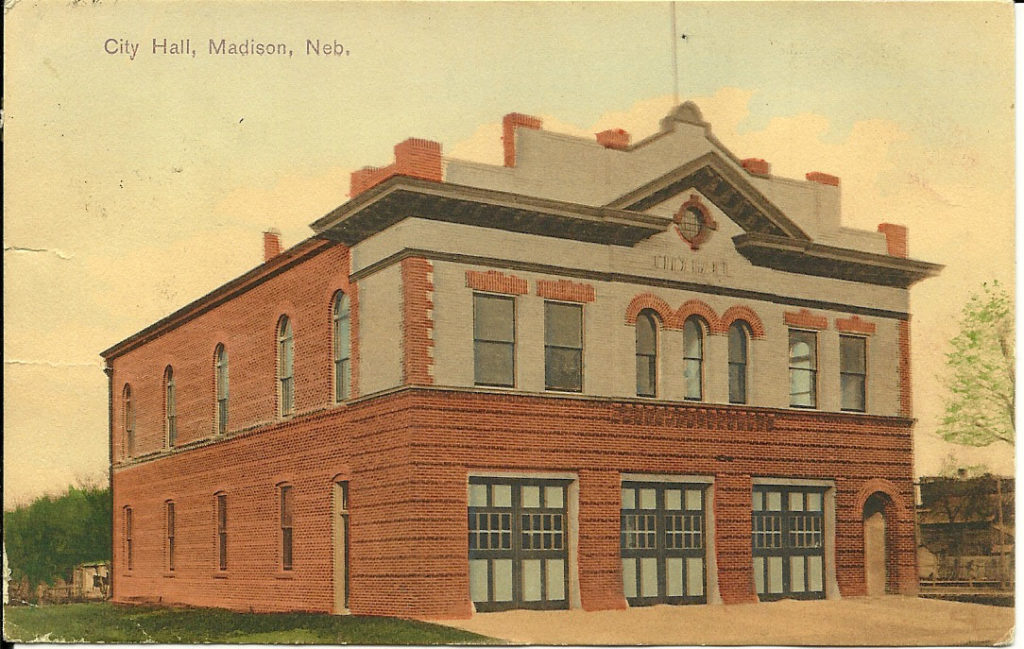 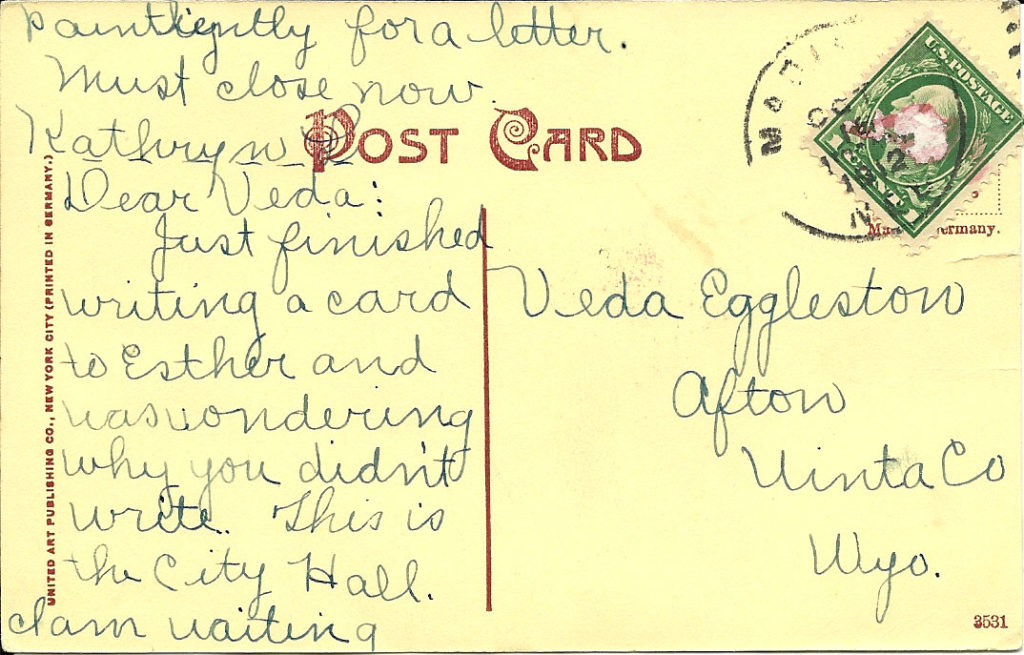 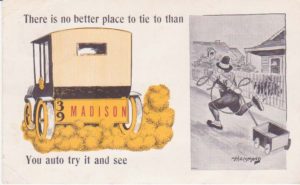 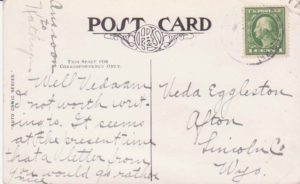 Kathryn sent this card showing a scene of Ogden Canyon in Utah from Madison, Nebraska to Vedia in Afton. Apparently Kathryn finally received a card from Vedia. 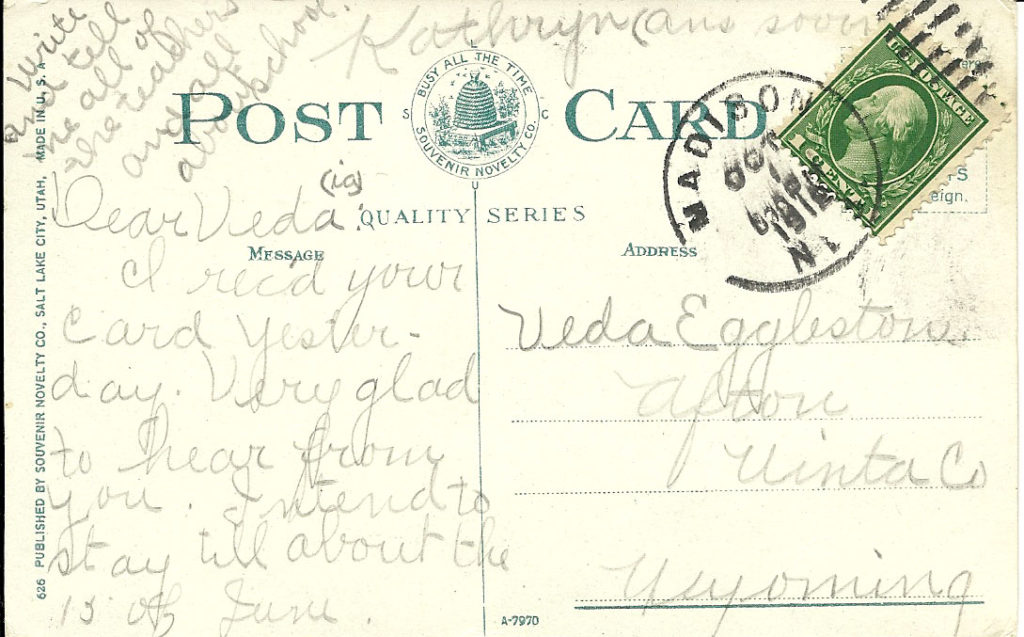 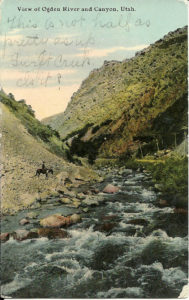 In 1916, Vedia’s brother Asa was traveling, probably on business. This card sent from Montana to Vedia in Malad, Idaho has a photograph of Idaho Falls. Asa mentions that he will be going to Belgrade this afternoon and later to Bozeman. 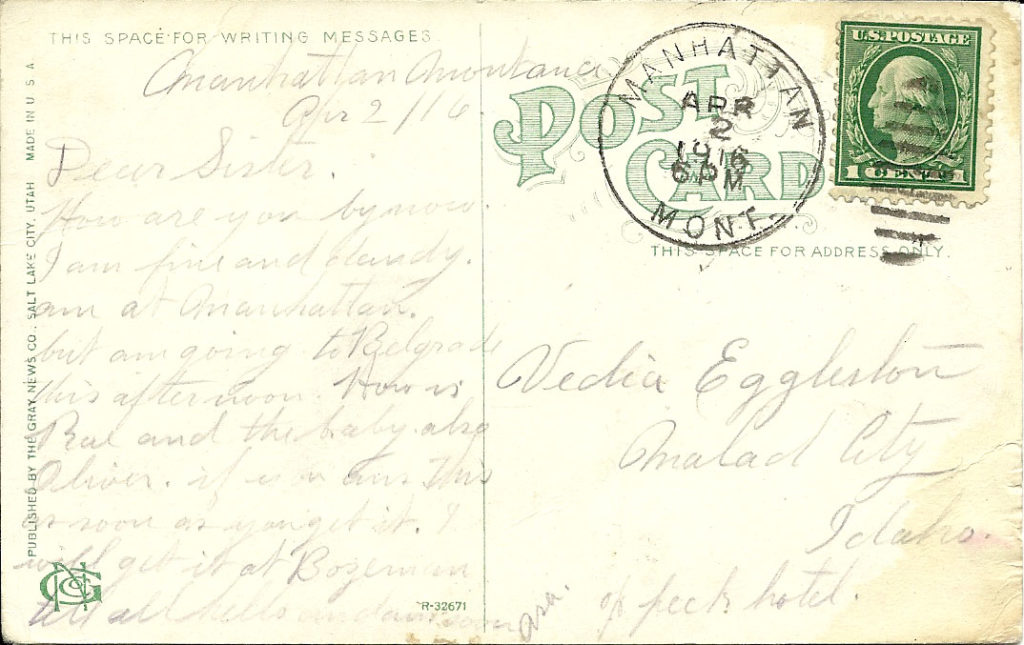 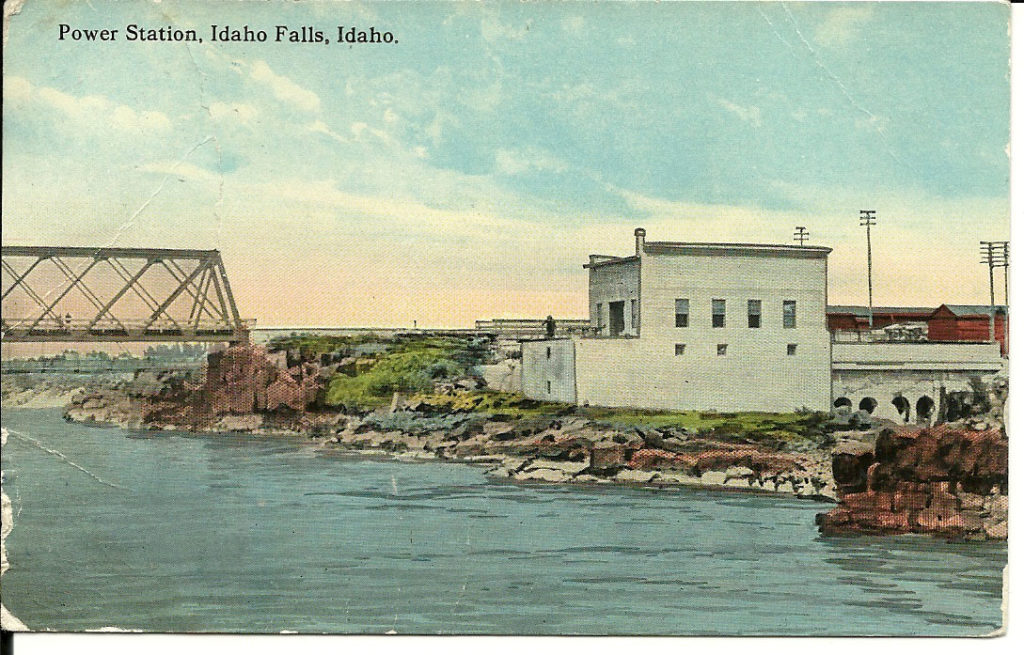 Asa sent this card from Helena, Montana to Vedia in Malad, Idaho. This was was sent after Vedia’s marriage and is addressed to Mrs. John Jones, Jr. Asa indicated that he would be leaving there soon, but did not know his next destination. 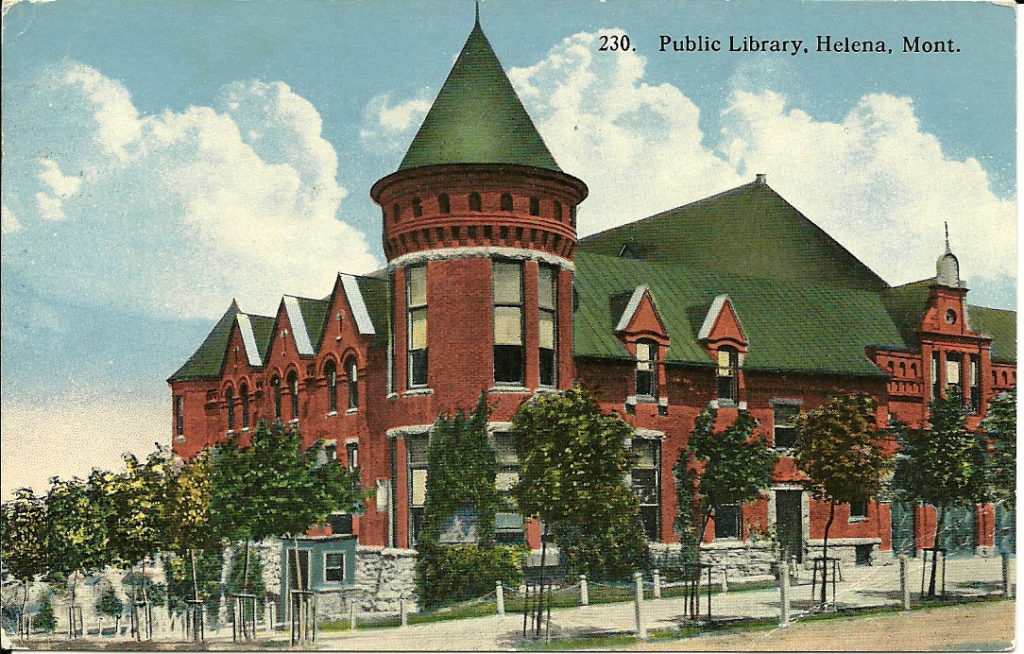 This other card was sent from Billings, Montana earlier in the year. Asa mentioned that he had just left Park City and did not know how long he would be in Billings or where he would be next. He instructed her to write to him in Great Falls, Montana. 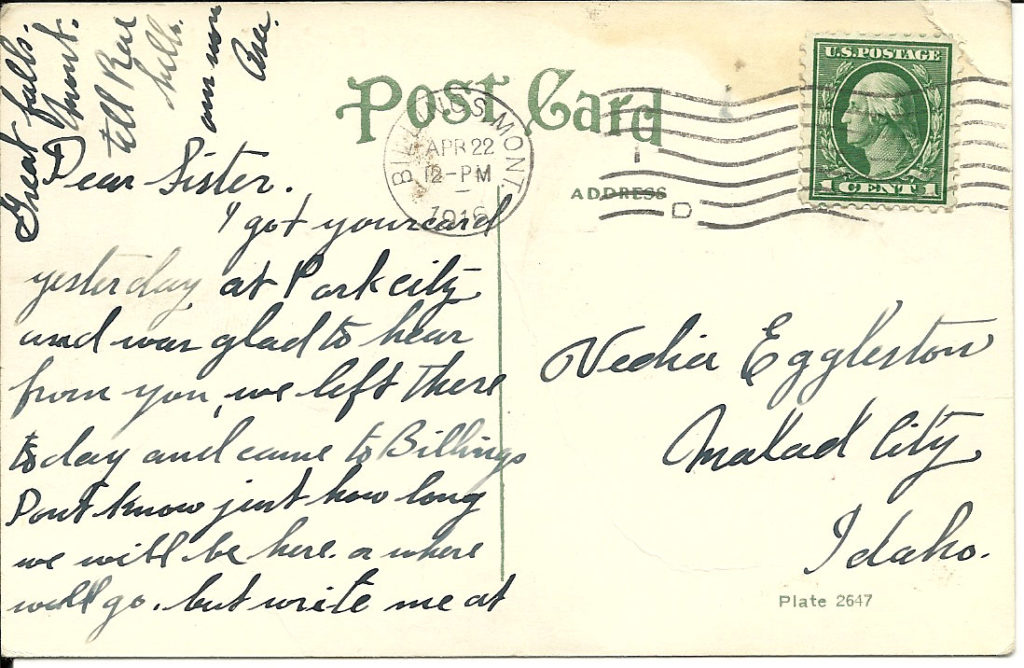 Asa sent this card from Spokane, Washington in June 1916. Apparently he was in Spokane in between trips to Montana. 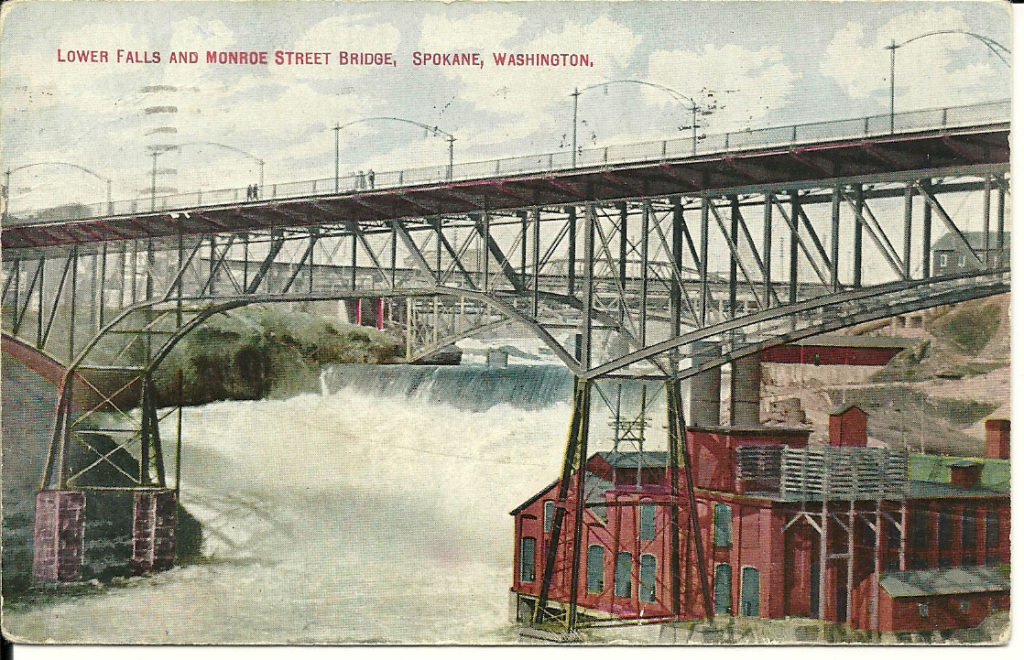 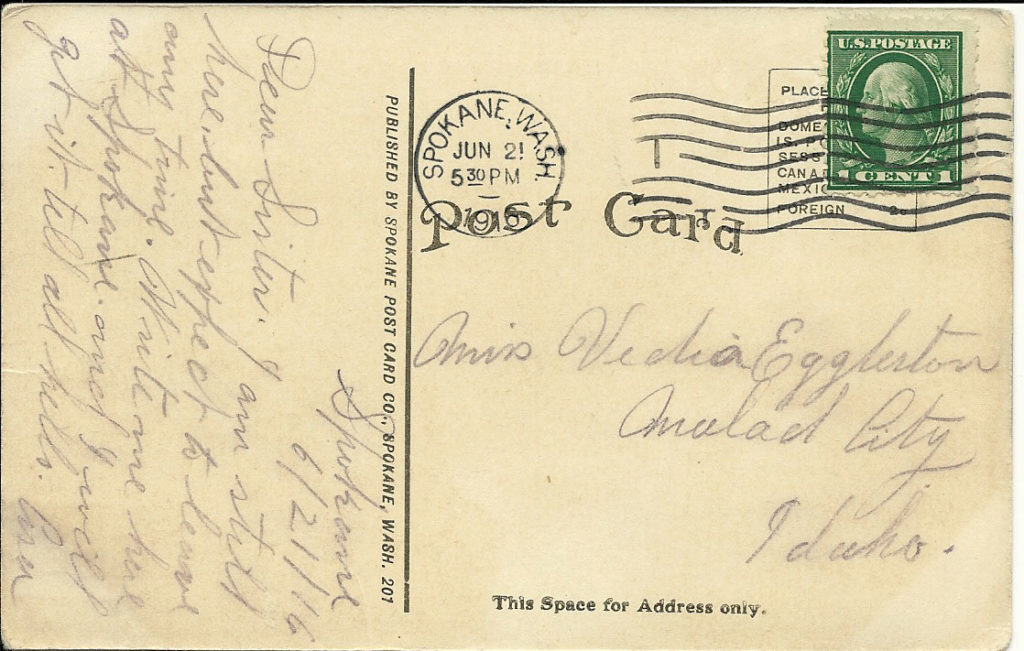 This card was sent from Macon, Missouri to Vedia in Afton, Wyoming 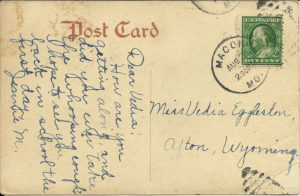 J. C. Dewey sent this embossed postcard of the Hudson River Steamboat to Vedia. It was actually postmarked from Deweyville, Utah 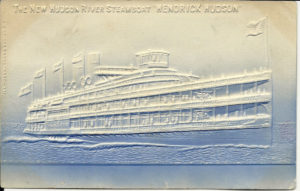 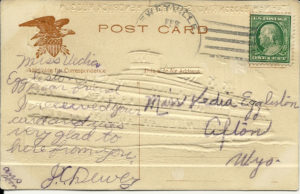 This embossed card of Grant’s Tomb is addressed to Vedia in Afton, Wyoming, but there is no postmark or message. 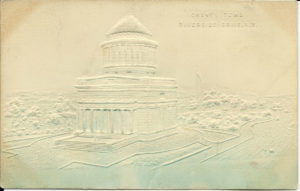 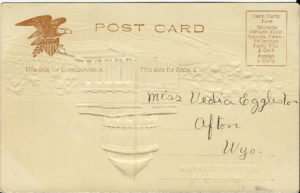 This card was sent from Fulton, New York 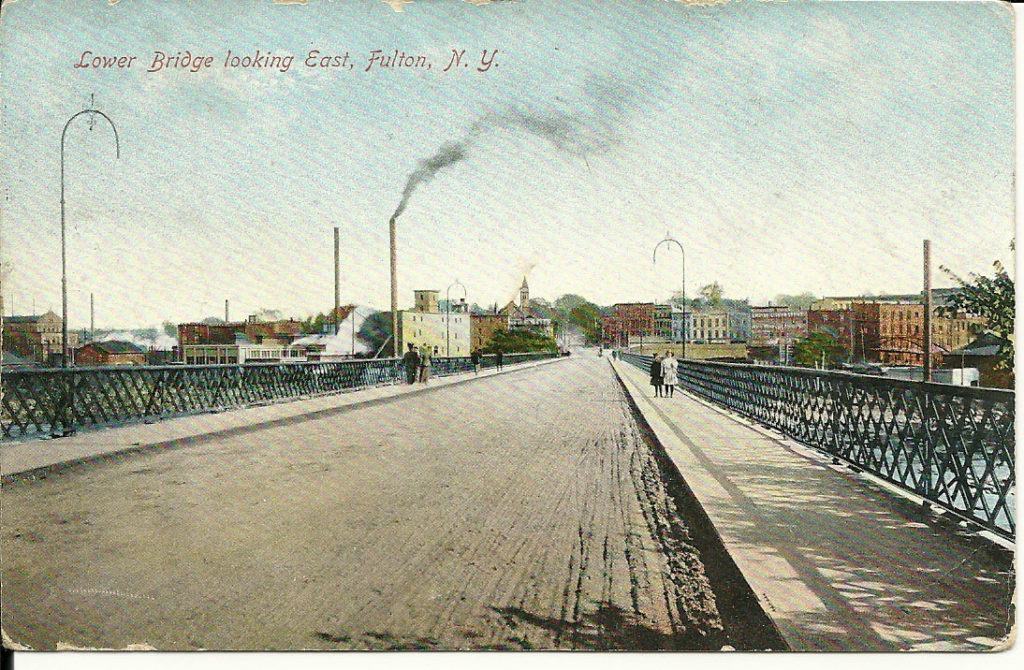 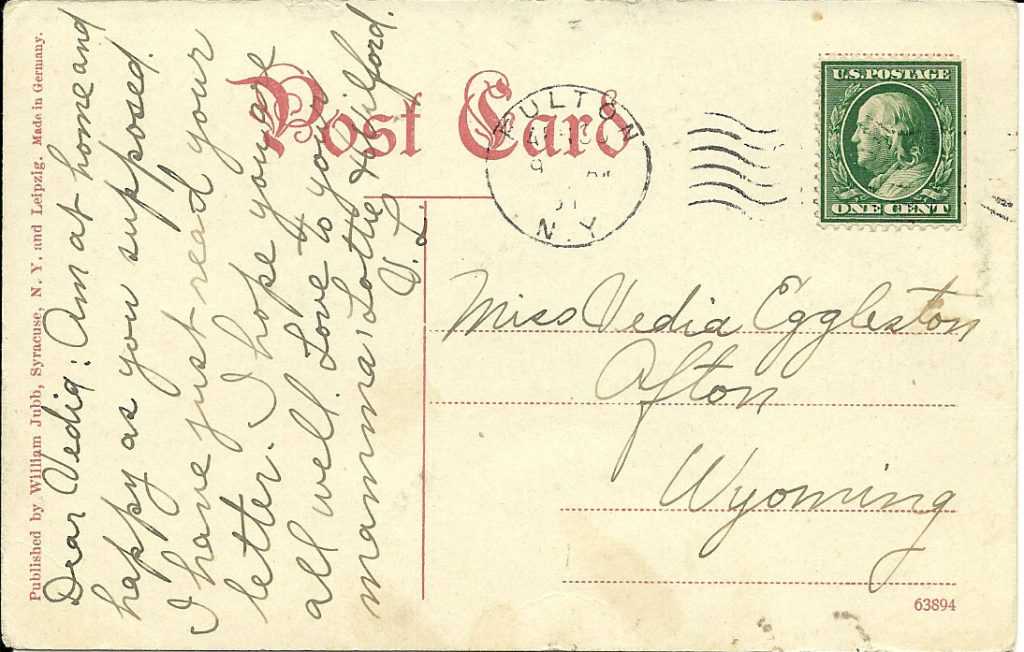